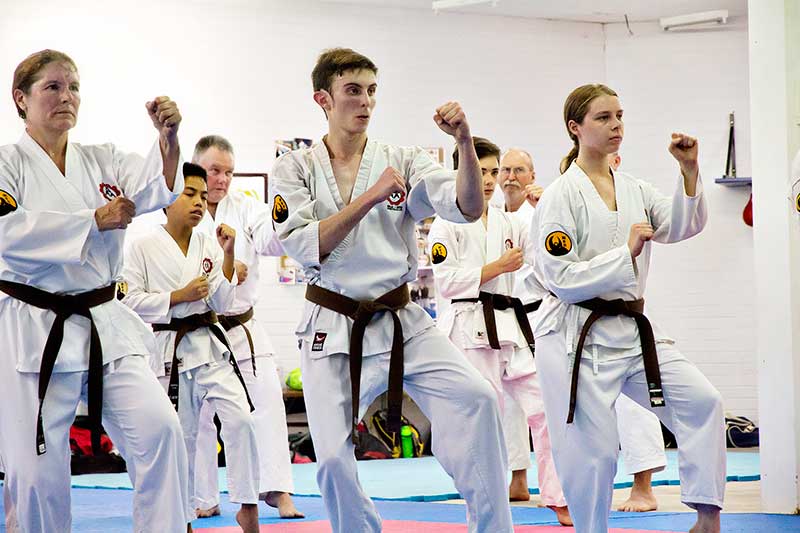 Local Karate Club Shines at Home and Away

Back in WA the annual brown/black belt testing soon followed. Of all the students who participated, Ben McDonald (recently returned from Okinawa), Grace Sawyer, Michael Samirich and Philippa Jackson of the Bridgetown dojo were promoted to shodan (senior black belt), with new junior black belts also given to two younger students.

“I am extremely proud of what our group has accomplished this year” declared Sensei Bob, adding, “We have all gained from the support of our students, committee members and also the Shire of Mundaring, who’ve assisted us from time to time with grants for equipment and first aid training”. With a smile and a sigh of relief, he commented, “We’ve all earned a good rest over the holidays, but I can’t wait to see what 2018 brings!”

Sensei Bob Allen is the WA head of Goju Ryu Australia. He was a referee at the state and national level for 21 years, and is one of the WA Karate Federation’s senior kata coaches.

Sensei Bob teaches students of all ages at his Midland and Mount Helena dojos.

For more information, please ring Bob on 0419 922 609 or email bob@swanhillsgojuryu.com.au.